We have one wonderful June release that you definitely don’t want to miss:

This month we are getting personal. Stick with us as we share some of our most vivid middle grade memories–ones that shaped us as authors.

Question: How have your middle grade memories affected your writing?

In sixth grade I marched u

p to the most popular girl in school and asked, “Hey can I be popular with you guys?” because I figured being popular was as simple as asking for what you want. She responded with a pitying look, “I’m sorry, but some people don’t like you because you have chicken legs.” Wow. Really? I had no idea skinny legs and knobby knees were what was holding me back in life. In high school I told my friends this story, and chicken legs became a fond nickname. I owned it. Hindsight made it funny. But when it happened, I was mortified, rejected and I came to think of myself as an outsider. For years, I snapped at a lot of people who tried to talk to me—assuming I was the butt of some joke. Maybe sometimes I was, but I think a lot of time I was an outsider of my own making. In SPIRIT’S KEY, Spirit is also in some ways an outsider of her own making.

My parents were l

ong-divorced by the time  I was ten.  Mom worked full time and we lived on a very tight budget with little money left for the extras I yearned for–piano lessons (not that we had a piano), ballet lessons, ice skates, art supplies.  Library books were my salvation. They were free and promised unlimited adventure.  I opened their covers and became tomboy and future writer, Jo March; Cherry Ames, RN; Susie the ballerina; Tom Sawyer on his island; Trixie Belden, with her best friends (and horses!) and mysteries always at hand to solve. All of their lives were so much more interesting than my own. Readingwas like leaving a black & white world to enter a techni-color one, like when Dorothy lands in Oz.  I decided then that what I wanted more than anything was to be a children’s author because I wanted to make that kind of amazing difference in kids’ lives too.

When I was in sixth grade I went to Skate Palace and couple skated with the wrong boy. He was nice and cute and seemed to like me, but he was wrong because another girl said so. Thus began the Get All the Girls to Hate Heidi Campaign.

It worked. For the rest of the year, the girls in my grade only spoke to me if they had something mean to say. Sometimes weapons were fired in the coatroom, via “anonymous” notes shoved in my pockets.

I still remember one: Dear heidi, Notice I didn’t capitalize your name. Only important words are capitalized.

In Hook’s Revenge, Jocelyn also gets pocket hate mail, though hers does not insult her with a grammar lesson.

In fourth grade, my class

was assigned to write a “sequel” to the fairy tale Jack and the Beanstalk. My favorite cartoon had just aired a hilarious episode about that very topic, which included Jack being sued by the Giant for breaking and entering. So I wrote that and turned it in.
A few weeks later I had my parent-teacher conference. My teacher, usually critical of me, told my parents about the story I’d written. So creative and funny!
I squirmed in my seat, ashamed. My teacher finally had something nice to say about me, and it was for something I hadn’t even come up with on my own. I left with slumped shoulders that day, but I vowed never to pass someone else’s work off as my own.
So far, so good!

Tracy Holczer
THE SECRET HUM OF A DAISY
Putnam/Penguin

When I was six, my

parents divorced. My mom grabbed me and Pooh, our teacup Chihuahua, and headed for Grandma and Grandpa’s house. It was summer, and they had a pool, so the shock of what was going on was dulled by sunshiny days, the pain of my peeling nose, and the excitement of watching my poor little dog get chased around by my aunt’s orange tom cat. While there, I happened upon a statue in the donation box that I snatched, and kept under my pillow. It didn’t take long for my six-year-old mind to decide the statue was my guardian angel.

Eventually, I found out the hard way the statue was, in fact, just a statue. She shattered into a million pieces at the feet of one of the meanest girls in my third grade class.

But it was moments like those, shardlike and brilliantly lit, that made me a writer.

In eighth grade, assigned teams in gym class gave me unprecedented access to the rantings of the two queen bees at my middle school. I was well aware that we traveled in different social circles, but I never suspected we were living in different universes, until I heard one

complaining to the other about how her boyfriend liked her to do a certain something that I literally did not know existed as a thing. In the span of two minutes of overheard conversation, my whole world tilted on its axel and I was left dumbfounded. What was most shocking to me was my complete and total ignorance before that moment. Was I the only one who didn’t know about this stuff? What other stuff was I oblivious to that everyone else not only knew about but, even worse, was already DOING? Would I be expected to do these things? The answer was “not anytime soon”, but in that moment, it sure knocked me on my butt. It would be logical to assume this made me want to write edgier middle grade so no other poor soul is caught unawares, but it has actually had the opposite effect. I write sweet and light MG because adult me wants to give young, naive me hugs and tell her to stay that way as long as possible. The rest of that stuff is out there waiting when she’s ready for it.

Some of my best childhood me

mories were of spending time at my friend Kirsten’s summer cottage, in rural Southern Wisconsin. Our families were neighbors in a near-downtown part of Chicago, and we all grew close. She and I were busy with school and sports/activities most of the year, but at the lakeside cottage we did nothing much except read moldy old Nancy Drew books, perform shows on the rickety pier and wander the shoreline. These were the memories I went back to when writing my early MG novel, QUINNY & HOPPER: the contrast between city bustle and rural quiet, the breathlessness of a packed schedule versus the balm of a leisurely day all to yourself.

I changed schools a lot when I was young, and the anxieties and uncertainties of that informed my writing of this book, too — but it’s those simple, sweet cottage-day memories that made me want to write about a great summer friendship in the first place.

Louise Galveston
BY THE GRACE OF TODD
Razorbill/Penguin

I was feeling ve

ry pleased with myself as I sashayed into the Jr High Halloween dance. I was all dolled up in a vintage black 60s dress, stilettos, pillbox hat with a net (my favorite part), and a diamond-studded cigarette holder (minus the cig, of course). I’d done my make-up a la Marilyn and felt my power as boy after boy wanted to slow dance with me. A big, good-looking farm boy (who’d never given me the time of day before) leaned in close to my hair and pulled back. “Yup,” he said with a lopsided grin. “Your hair does smell like BLEEP!” I was utterly humiliated. Curse you, Aquanet!

There is an extremely awkward Halloween dance in the sequel to BY THE GRACE OF TODD-IN TODD WE TRUST. Only Todd’s partner’s hair smells exotically of coconuts. 🙂

This picture is taken in the very cafeteria of the dance of shame. I think the hand-hold was a dare.

It’s in those middle years that one’s native cheery sense of the possible, and the obviously self-evident suffers its most s

craping of challenges! The summer after 5th grade, I went off to camp. One with wooden mouse-
chewed cabins, a beautifully unsupervised archery range, a lake, and a supply of boys, a species newly of interest. I had gone with a friend. We had decided ahead of time to ditch our real names and enjoy two weeks of summer paradise as “Katie” in my friend’s case, and as “Sandy” in mine. Quickly, we fell in love with a pair of twins from Long Island who wore matching stars and stripes bathing suits. Meaningful glances were exchanged. Clearly a note needed to be written. Arrangements codified. Cross-legged, on the eau-de-urine mattress, I licked my pencil tip.  “Dear Ricky and Larry,” I composed, following with a business-like laying out of facts about the attraction “Katie” and “Sandy”  felt in equal, though non-discriminatory parts. I closed with a question: “Which one of you, likes which one of us.” At that evening’s lakeside 4th of July gathering, the note was passed up to the blanket on which our beloveds sat. In the expectant hush that presaged the release of the first round of fireworks, the twins’ answer came back in slow deafening unison: “We both like Katie!” No malice. Just the facts. And a vast audience for my stunned burning-faced recognition of logic’s betrayal.

Do you have any significant middle grade memories? Come share your highs and lows with us in the comments!

We’ll be back on Monday July 7th for some more middle grade fun! Stay tuned!

I totally dropped the ball on the monthly giveaways, and I’m SO SORRY about that. To make up for it, we’re giving away 3 debut books from April, May, and June respectively.

Note: There are THREE SEPARATE giveaways linked below! 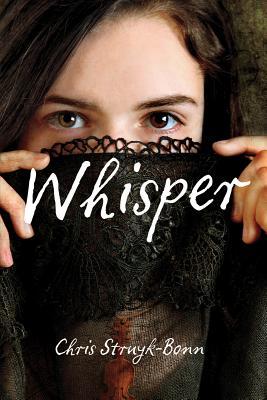 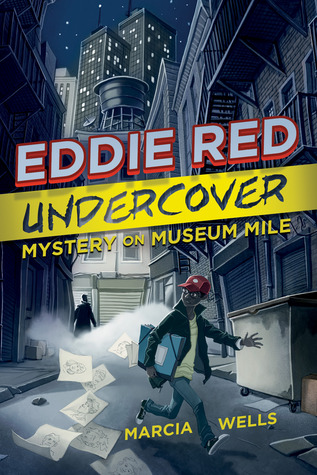